Amazon’s vision for its Arlington campus includes more green space, multi-level buildings, and pedestrian walkways, according to renderings unveiled at a community meeting on Wednesday.

Dozens packed into Arlington County Trades Center for a look at Amazon’s development proposal for what are currently two parking lots in Metropolitan Park on Eads and 15th Streets in Pentagon City. Amazon’s campus and development will include Pentagon City, Crystal City and Potomac Yard.

Toby Hasselgren is with ZGF Architects, the company designing the campus. The proposal includes a mix of retailers and restaurants, and according to Amazon officials, it will have more than 55,000 square feet of retail—twice that of the initial proposal.

“A series of canopies varying in height provide weather protection, warmth, and an inviting pedestrian scale,” Hasselgren said. “Across the sidewalk on the right-hand side, we envision a string of outdoor landscape rooms with cafe seating, rich native planting, and shade structures that complement the retail and provide a gathering spaces for smaller groups.”

Arlington County began the process of redeveloping Metropolitan Park’s 16-acre space over a decade ago. The redevelopment was split up into eight phases. Today, five of those eight phases have been completed, and Amazon and Arlington County jointly will develop the final three phases.

While there weren’t any outbursts from activists opposed to Amazon’s arrival in the region, Arlington residents did voice some concerns over rising housing costs and increased traffic.

“The impact [Amazon] is going to have on housing for the middle-and-lower-class, that’s really a challenge for Arlington as a whole,” said Gerry Fuller, who has lived in Crystal City for the last 10 years. 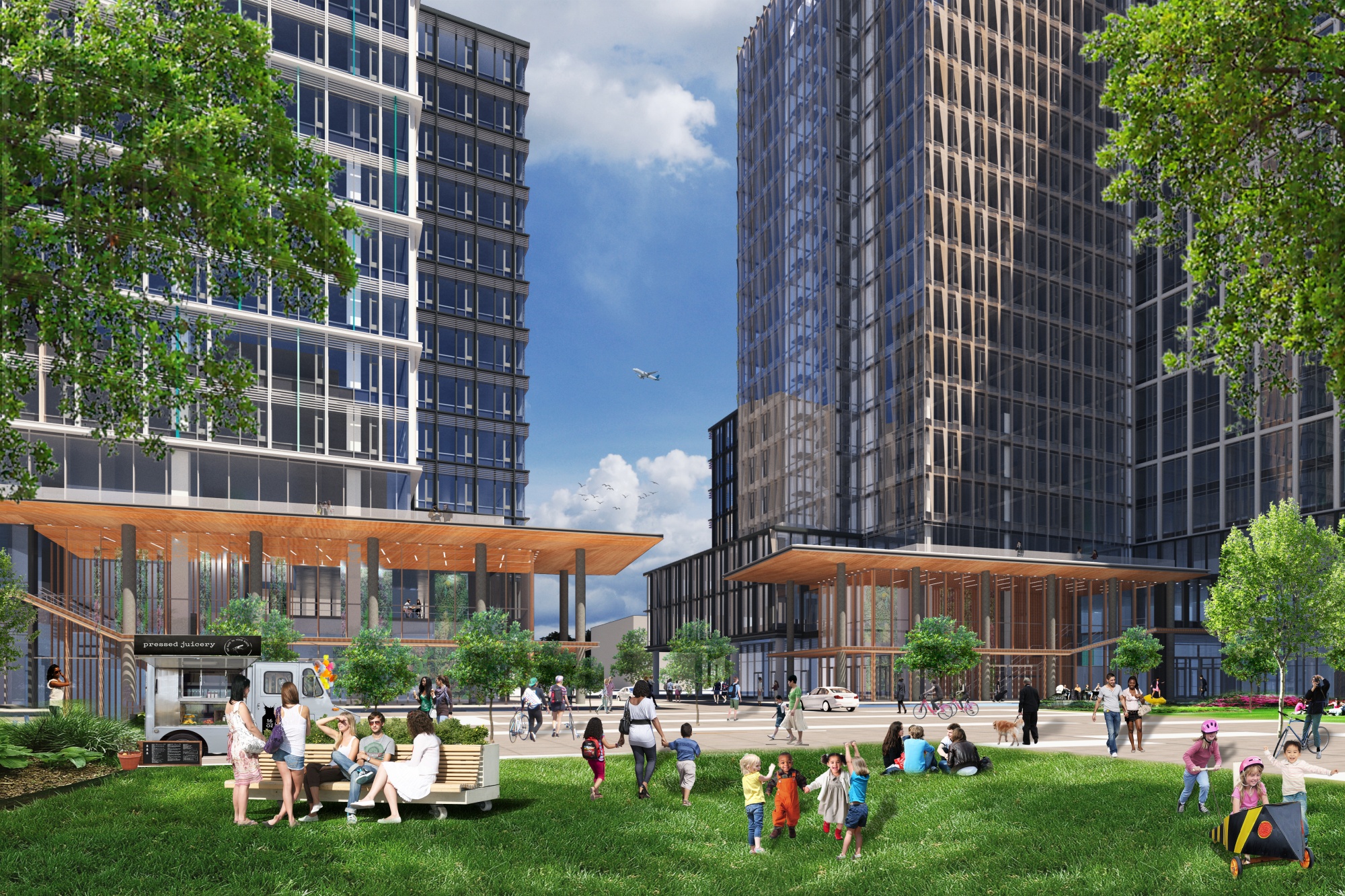 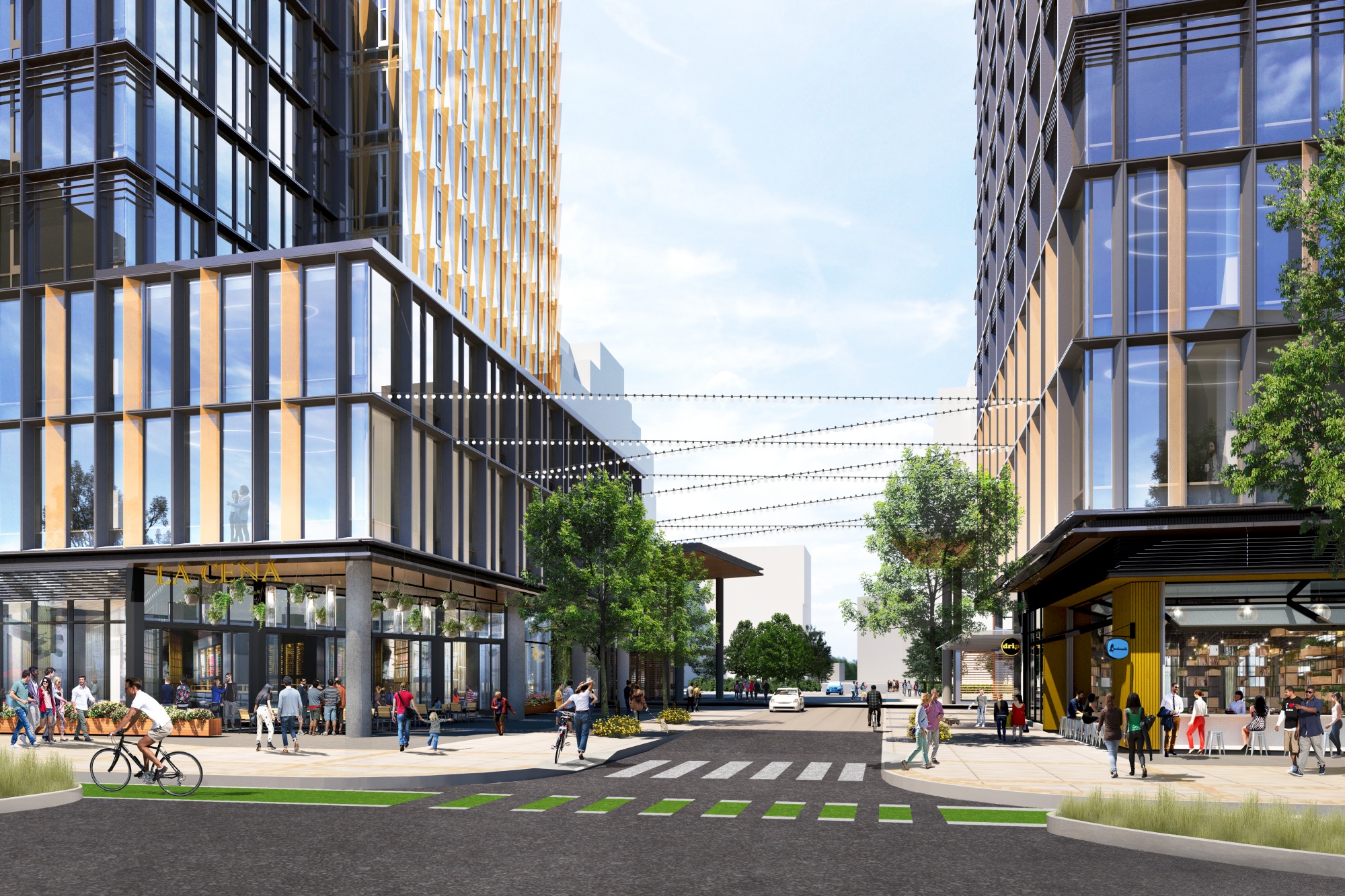 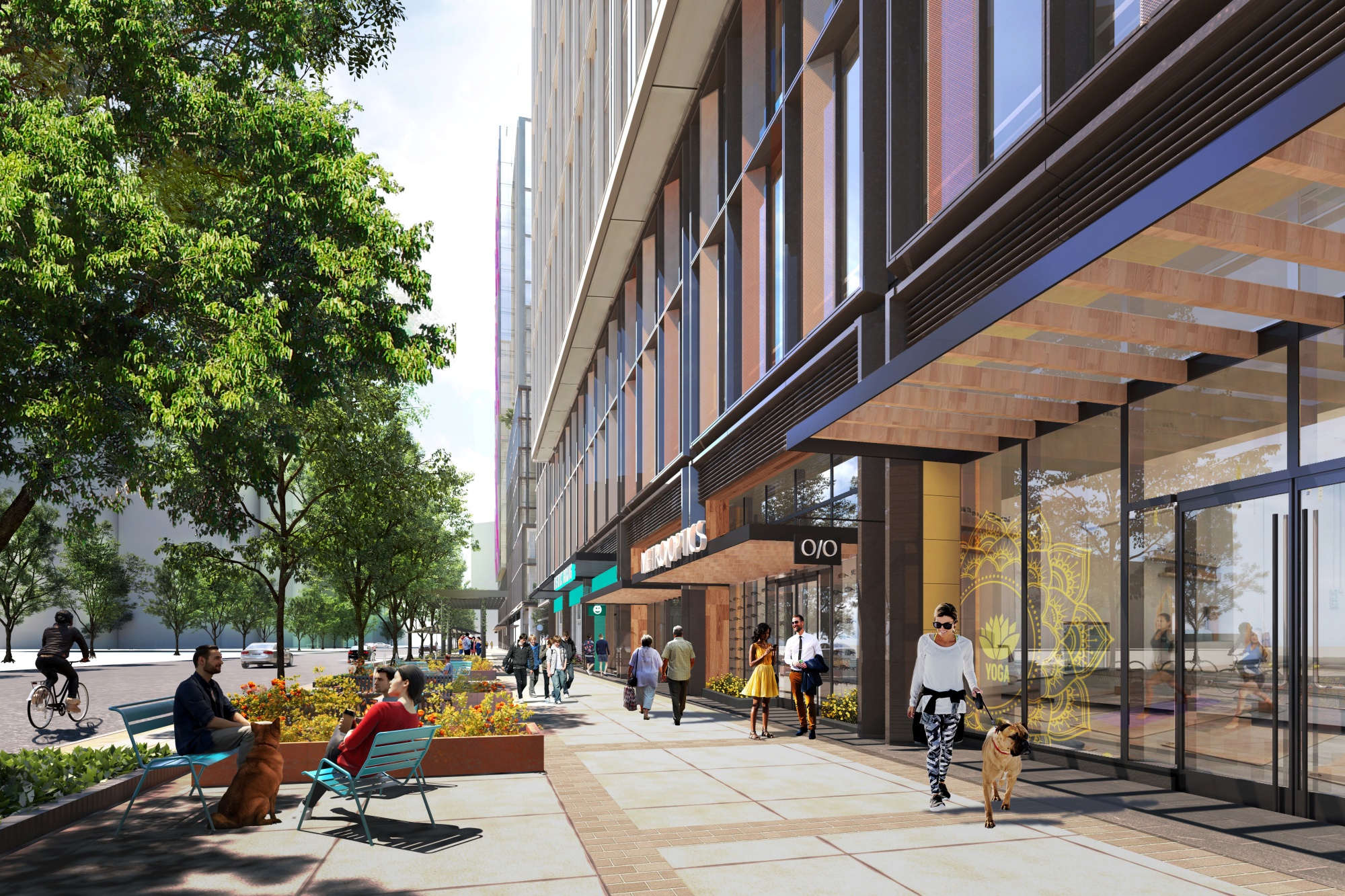 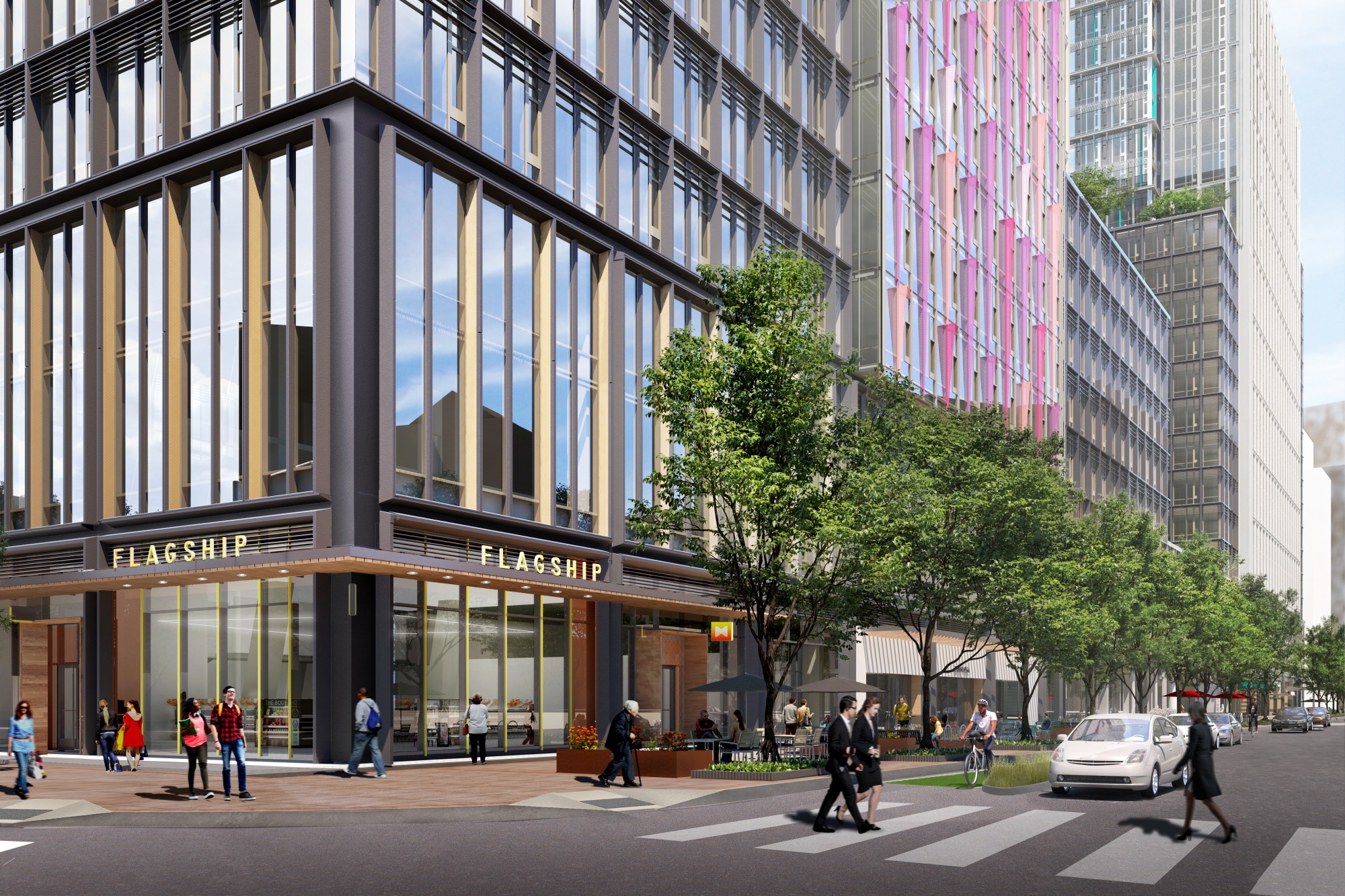 Activists who are against Amazon’s arrival to the region are now shifting their focus to the company’s possible effects on housing prices.

Arlington’s $23 million incentives agreement does not require the company to make local investments in housing. But the county is approaching the issue in other ways.

That initiative’s rollout was followed several weeks later by an announcement that Amazon will donate $3 million to the Arlington Community Foundation to “improve access to affordable housing and support services in the region,” according to a press release. The company also plans to match employee donations to housing and homelessness charities through the end of September.

Eric Cassel has lived in Crystal City for more than a decade, and he’s witnessed Metropolitan Park’s development over the years. He wants to see more green space in Amazon’s proposal.

“The current park there is far less than the community would have liked to see originally,” Cassel said.

A public hearing with Arlington County’s Long Range Planning Committee is scheduled for July 15, before the plan moves on to a site review committee at the end of July.